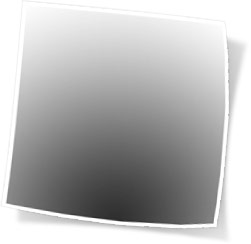 There are many issues to deal with when designing for the web, and one of the most fundamental—and seemingly hard to understand or remember—is the simple fact that the end user ultimately has control over font size, not the designer. I’ve seen many gorgeous designs that are completely untenable if the fonts are enlarged by even a single point size.

In this post, I’m going to look at a singular expression of this problem, but it should be remembered that this is just one possible example. The possibility of font resizing should be considered when designing any and every piece of a website.

For our example, we’ll consider a simple content box, self-contained and isolated from the rest of the webpage—a bordered box with some text and a nice varied-gradient background, like so:

Jack
All work and no play makes Jack a dull boy, don’t you think?

In a situation like this, when constructed in HTML, the size of the container must increase as the font-size increases (unless you’re OK with locking it down and having the text spill over or disappear behind the box borders). Sounds fine, right? The problem is that, as the container changes shape or size, so must the background.

The background can be set to start in the top, center, bottom, left, or right; may repeat vertically, horizontally, or both, or may remain fixed to the start position. With a background not designed to tile, the tiling becomes obvious. With a non-repeating background, the background color of the page or element will be exposed. In either event, without sufficient forethought the result will likely be quite ugly.

The first box is our “normal” example, included again for comparison. As you can see in the second box, we run out of gradient, and in the third box, the tiling is very obvious. Neither situation is desirable.

There are, of course, various ways of dealing with these issues, either during HTML production, or within the design itself.

Kind of an old school solution, the content area can always be created as a single image including the borders, background, text, etc. This is, of course, terrible for searchability, and terrible for vision impaired users unless some other concessions are made in the HTML.

Equally old school, with the same issues as the “One Big Image” solution, this also comes with its own unique issues. Effectively, we’re talking about saving the gradient to it’s own file, and saving the text as a separate image file. Really the only benefit to this solution is that the gradient background could then be re-used for multiple (of the same sized) content boxes, with the text image laid over them.

Do It in Flash

With the widespread acceptance of Flash—and javascript packages like swfObject that make it easier to build in alternate (non-flash) content—building complex content boxes in Flash is no longer an unreasonable proposition. Using flash also opens up many other possibilities (like subtle visual effects, or more complex interactions) with hardly any more overhead than a large background image. The potential problems with Flash are, once again, searchability and usability for the vision-impaired. Still, these issues should be addressed by judicious and appropriate use of alternate content.

The final solution would be to simply improve the gradient such that it reasonably accommodates the foreseeable problems with the particular content box.

Enlarge the Gradient
First option is simply to enlarge the gradient—take whatever it is you have done, and extend it beyond the borders of the content box so that as more of the gradient is exposed, it doesn’t look like crap. Big thing here is that the extended gradient should still work well with whatever content is over it—so don’t graduate to dark colors if the copy in your box is also dark. This solution probably gives the designer more control over the gradient as a whole, but also means that if the box expands beyond an expected point, you’ll just have the same issues all over again. So, you have to put some thought into how and where the expansion will occur, and how much of it to reasonably expect.

Make it Tile-friendly
If you can modify the gradient such that it tiles well and doesn’t interfere with the content, go for it. Tiled backgrounds save on bandwidth, download times, and storage space on the server. Tiled background do NOT, however, save memory usage on the client machine (at least the last I heard…). Tiled backgrounds also allow for “unlimited” expansion.

Of the main “possible” solutions, really the most recommended is improving the gradient (or preferably designing it with these things in mind in the first place). Flash is a good option for very complex content areas, but is overkill for the simpler elements. Improving the gradient gives you more control, while keeping the HTML flexible, usable, accessible, and SEO-friendly.

Obviously, I’m no designer, and the examples I’ve shown here are super-simplified for our purposes. In the real world, there are usually even more complex considerations, but those dealt with here are fairly fundamental. If you’re going to be designing these nice little content boxes with pretty, complex backgrounds and big, bold fonts, you have to remember what happens to that fantastic design when it gets in the hands of the HTML guys and finally in the browsers of the end users—neither group is kind.

If you have questions or other possible solutions to this type of background image problem, or if you have other examples of how well thought-out design is a prerequisite for building good HTML, please share by leaving a comment.