A Quick Thought About Mindfulness 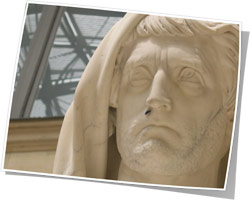 A friend commented on my Facebook link to the last post Why I Can’t Be Buddhist, saying that pretty much everyone could benefit from a bit of “mindfulness” in their daily lives.

I’m going to write more about the idea of mindfulness later, both generally, and specifically as something to be cultivated through a meditative practice, but I was struck by something a little while ago as I was reading a magazine article, that I’d like to share. Think of it as a little introductory nugget for you to ruminate on.

Mindfulness is essentially self-awareness, and specifically self-awareness within the present moment. As I was reading the article, initially I was fully involved with it, digesting the words and meaning as is kind of the whole point of reading. I didn’t realize, however, that at some point, I had stopped paying attention–my eyes were still scanning the page, seeing the words, but my mind was wandering, thinking along some tangential path the text had sent it down. Suddenly, I noticed that I wasn’t paying attention, and my focus snapped back to the words on the page while my brain re-routed itself back to the present moment.

It was in that moment, those few seconds when my brain yanked back on its own chain, that I was experiencing mindfulness–a non-judgmental self-awareness of myself as a thinking being. That kind of mindfulness, of course, is fleeting, and it evaporated as soon as I’d labeled it and moved on to thinking about writing this post.

So, there’s a shallow taste of what it means to be mindful. Perhaps you’ll catch yourself in several such moments today as well.