Drinking from the Firehose 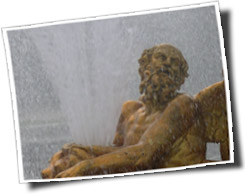 When RSS feeds, readers, and aggregators were new, the manner of presentation was often referred to as a “River of News.” In the modern internet era, now that almost everything you could ever want to know about is available almost instantaneously online, what once was a “river” is now a flood, or, as some have taken to calling it, a “firehose.”

So, faced with this deluge of data, how do you cope? There are certainly many ways, so I’ll just cover the method I use.

Firstly, there’s no way I can visit every website I’m interested in every day just to see if they’ve posted an update or not, so I depend on RSS (or ATOM) feeds. Nearly every blog or news site has an RSS feed that is updated whenever a new blog post or news item is added. As “structured data” containers, the RSS feeds alone aren’t enough—you need something to present the data in a more pleasing and manageable format, which is where feed readers and aggregators come in.

In the past, I tried many readers and aggregators, but found desktop software too limiting and most of the web-based applications too clunky. I settled on bloglines.com for a while, but eventually transitioned to Google Reader. Reader provided everything I needed, namely: the ability to add any feed, an aggregated “river of news” style view, and plenty of keyboard shortcuts for navigation.

I used Google Reader exclusively for years, and got into a good routine with it, where I could go through an entire day’s worth of feed updates in roughly 15 minutes unless there were some particularly juicy things to read. As I added more and more feeds, however, it became harder and harder to keep up with the onslaught. Occasionally, things I had saved for later (by leaving unread) would fall off the end of Reader’s cache, or I’d have to declare feed bankruptcy and mark everything as “read” to get a clean slate. The latter was very rare, while the former happened more and more often. I also regularly pruned feeds that were no longer updated, or that I no longer bothered to read.

Still, a 15 minute daily routine eventually turned into a 30 – 45 minute twice-daily routine. Throw Twitter and Facebook on top of that, and suddenly, my manageable 20 minute morning routine (email & news) had ballooned into an hour or more every morning, and often another half-hour at night. Not to mention the 5 minute check-ins sprinkled throughout the day between tasks.

There’s no trick to plowing through hundreds of news items every morning, aside from judicial skimming and knowledge of a few keyboard shortcuts.

I eventually stopped using the overall “river of news” style feed layout, and started reading by folder. I assigned feeds to logical groups, each of which I handled slightly differently. Groups containing articles of which I’ll read a few paragraphs get displayed in full (“expanded” view), while groups containing articles I rarely read get displayed as headlines only (“list” view).

The keyboard shortcuts I used most often were:

1
display items in “expanded” view
2
display items in “list” view
shift-n / p
navigates between feeds, rather than articles
shift-a
mark all items in current view as read
I used this constantly when getting to a feed I knew I didn’t need to read in detail. I would skim the headlines, and if I saw nothing of interest, would simply mark all as read and move on. If something caught my eye, I’d “n” down to it and read it before marking all as read.
n / p
select next / previous item in list (without opening them)
This was my primary mode of navigating between items in a list, as it would leave items unread.
o
open / close the currently selected item
used when I’m done reading an item, or when I decide to read an item I’ve already selected via “n”
j / k
select next / previous item in list
I would use j if I saw that the next item in the list was one I wanted to read in more detail, as it would select and open that item. When I started viewing nearly every folder in “list” view, I primarily used “j” on feeds from which I typically read most of the articles.
m
mark the currently selected item as un-read / read.
If I wanted to return later to finish reading something, but didn’t want to save it with a star, I’d simply mark it un-read and it would remain in my feed.
s
star (favorite) or un-star the currently selected item
if the item is one I might want to return to read later, or take some other action with, I’ll star it.
v
opens original item in new tab/window
I used this very rarely, as I usually preferred to click a link in the article, for whatever reason.

At some point, keeping up with Google Reader simply became too much, and I gave it up for months. Later I discovered Feedly, which acts as a sort of overlay to Google Reader, provides similiar keyboard shortcuts, and presents the articles in a much more appealing, magazine-like format. There is a companion iOS app as well, which is perhaps even more functional than the web app. Feedly got me back to reading my news feeds on a regular basis, and I even found that I read them more on my iPhone during lulls in activity, or when out and about, than I do on the web.

Even with mastery of proper tools, you have to also master your input.

When it comes to your feeds, you have to be ruthless. You may collect new feeds everyday, but you also have to pay attention to when the signal-to-noise ratio gets too high, or when you’ve simply stopped paying attention to one or more of them. If you’re not getting anything from a feed, cut it loose. Also, as you get comfortable managing the deluge, you’ll get a feel for which feeds you typically read in depth, and which you can simply skim and mark as read.

You also need to develop a quick eye for things you want to read more in depth, or take your time with, and figure out a way to mark them for later reading. I’m planning another post on just this topic for later, but you will have noticed my comments about favoriting, or leaving or marking things as “un-read” above, which are decent but imperfect methods. There are also other apps or services like Instapaper, Readability, Delicious, or Pinboard that exist expressly for saving content, or links to content, for later use. Again, more about how I handle this in another post.

I would love to know how others handle the onslaught of information, especially if you have a faster/more efficient means of cutting through the deadwood, so please leave a comment!