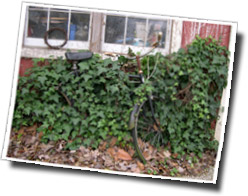 If you ever want to accomplish anything in this world, the one critical thing you need before and more than anything else is motivation.

Whether it’s internal, external, mental, physical, spiritual, psychological, magical, emotional, or unintentional, you’ve got to have something that makes you get up off your ass and into the workshop (whatever form that might take for you).

So, what’s wrong with me, exactly? Or, rather, what is my experience in these regards?

I’ve talked elsewhere about passion and drive, and I believe that’s part of my issue. Not having something you’re truly passionate about that drives you can make it difficult to dredge up the motivation to do… anything, really.

For me personally, motivation comes in waves. I’m not manic-depressive, but I have bursts of motivation and unmotivation that play out over weeks or months, often accompanied by their own highs and lows in emotional and psychological well-being. I also seem to be at the mercy of external forces, in that a long, rewarding period of productivity can be instantly and completely derailed by even a single tough day that knocks me out of my productive routine.

I still struggle with getting back on the horse after a fall, but I have identified a few things that sometimes help.

I’ve found that I have what I call “motivational inertia,” especially in regards to recovering my productivity. When you’re happily plowing through every episode of a beloved TV series in order (thanks, Netflix!), or you’re simply in a comfortable, but unproductive routine, it can be hard to overcome the inertia. You think, well, sure I’d like to get up and do this, or even I need to get up and do this, but, well, I’m on episode 25 out of 26 this season, and I can just finish up this season and do it tomorrow. Or, you think, I know I should, but… the dishes need washing, the room needs straightening, and I still need to spend time with my wife/partner/significant-other/child/dog/pillow pet/whatever. If there are multiple things vying for your time and attention, the one you’re already doing will probably exert the strongest influence.

The best way I’ve found to free yourself from unproductive inertia is to take the thing or project you’ve been nagging yourself about and break into the smallest discrete chunk that you can reasonably accomplish considering your currently resistant state of mind. If you’re familiar with the GTD

system, this is roughly akin to finding the project’s “Next Action.”

In some cases, it can help to find something else to work on—something smaller, with a shorter time-frame. Maybe it’s something you don’t need to do, per se, but something you’d simply like to do. Often, getting one small, even unrelated, task done can warm up your productive muscles and get your mind right for pursuing the next larger chunk, or to tackle the thing you really want to do.

Sometimes, the only thing to do is to put the brakes on whatever is holding you back. Eliminate the thing that is unproductively eating up your time, or if you can’t eliminate it—NOT cooking dinner for your family isn’t a viable long-term solution—at least take a step back to see how to streamline or reduce its impact. The time you free up will often blossom into the motivation you’re seeking. Of course, this requires its own motivation; but sometimes ceasing to do something, while not pressuring yourself to fill the time with something else, can often be easier than forcing yourself to squeeze productive time into your already full, albeit unproductive schedule.

Another way might be through self-flagellation—either psyching yourself up or dressing yourself down. I’ve personally never found it helpful, but that’s probably because I tend toward self-reproach, rather than self-promotion.

A third way might be the Nike way. Rather than chewing yourself out, or setting us up the bomb on your comfy routines, you just stand up (or sit down) and make it happen. You want it, you just gotta do it.

Oh, and the last way may be to simply let the routine play itself out. If you’ve gotten yourself into something with a definite end in sight (like, say, watching every episode of Star Trek ever made, perhaps), you may just want to ride it out. Sink into the routine, nurse it, encourage it along, and then when it’s done, don’t allow it to transition into something else. Hit the end-point, and be done with it. You’ll immediately have more free time, which you can then more easily fill with whatever you should’ve been doing in the first place.

So, out of all this, what works for me?

Firstly, breaking larger projects into chunks has helped me get back in the game, especially if the larger project has a foreseeable end-point. I’ve also had success with eliminating time sinks, like with my January 2012 social-media sabbatical, which has brought you this post, however much later you read it. And I’ve also, as you might’ve guessed, had fun plowing through blocks of TV shows every few months. I started watching Voyager back in October 2011, and finished it and The Animated Series (also of Star Trek) in December, handily coinciding with my social-media sabbatical. Those two things–restricting myself and indulging myself respectively, have made January 2012 my most productive month in quite a while.

I’m still fighting motivational inertia, because damn, it’s much easier to sit on the couch and watch TV with my wife than it is to tear myself away from her to work on some ephemeral, long-term project or pursue some harebrained scheme.

If you struggle with motivational inertia, or have your own tips or advice for overcoming it, please leave a comment, and help the rest of us out!